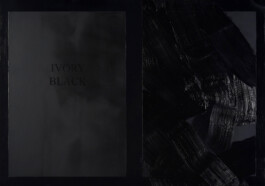 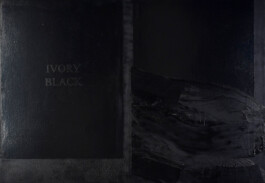 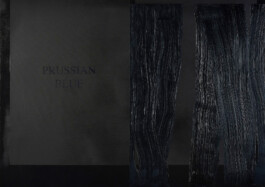 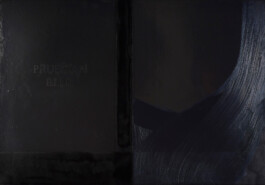 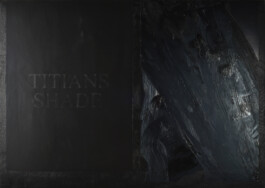 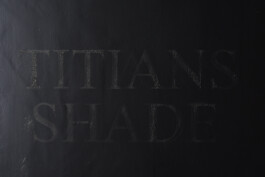 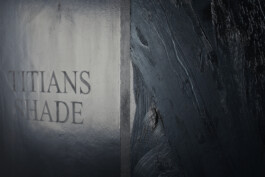 Description
‘Titian’s Shade is a colour that never really existed. Titian was well-known for his special ability to produce tones and shades beyond the capability of other leading European painters in the 1500’s. Titian’s Shade was made using a mixture of the colours Ivory Black and Prussian Blue; it became an expensive commodity amongst the artistic community and was widely accepted as the secret key to painting the perfect night’s sky.

In the Black Paintings, the canvases have been primed with Black Military Tractor Paint so as to remove all blemishes, creating a uniform background and consistency across the paintings. From here, any colour applied is seen in its purest form, void of all distraction, and able to resonate more intensely with the viewer.

By presenting the viewer firstly with Ivory Black and Prussian Blue, I have set up a spectrum of colour from which Titian’s Shade can be discovered. By the act of viewing these works, one has the opportunity to follow the journey of artistic creation both for myself and my historical predecessor.’